Know what we are thinking and doing 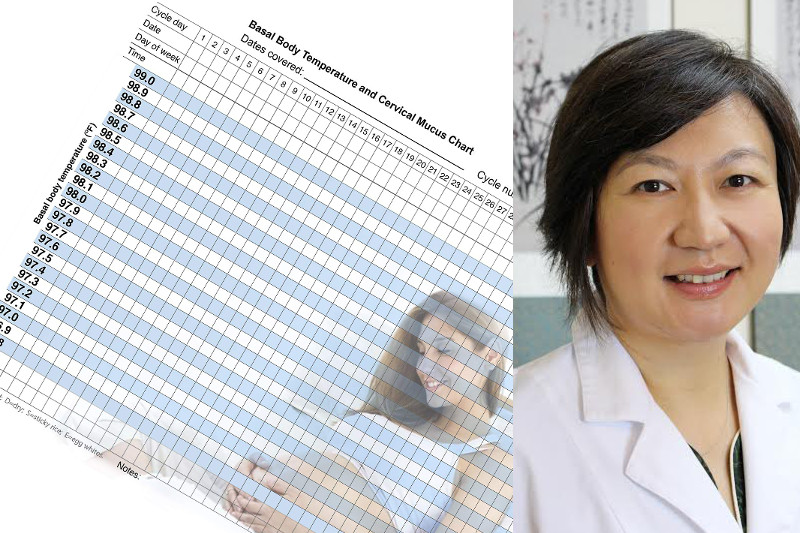 TCM Point of View of BBT

This can be used to assess the corpus luteum function. It indirectly determines ovulation time, is used to assess TCM diagnosis and create an infertility treatment program, and can also be used to diagnose dysfunctional uterine bleeding, amenorrhea and other hormonal imbalance related conditions.

According to WHO (World Health Organization), a normal BBT chart should show an increase in temperature by at least 0.5 °F from the average temperature of the last six days of the follicular phase, to the average temperature of the first three days of the luteal phase. Usually the BBT chart raised indicates that ovulation has already occurred 2 to 3 days prior (sometimes it happened concurrently). Therefore, a BBT chart should only be used as a history review of ovulation and not as a method to determine ovulation.

A. Signal Phase BBT Chart: For a whole month, there is no fluctuation in temperature. This indicates no ovulation and no formation of the corpus luteum, estrogen, and progesterone levels are inadequate. There can still be a period.

B. Low BBT Chart: A consistently low reading where the follicular phase is below 97°F and luteal phase below 98°F. This indicates a very low metabolic rate and low thyroid activity, or low immunity related ovarian failure condition. In TCM, generally we consider this Yang Qi deficiency (especially Spleen and Kidney Yang qi or even Lung Qi deficiency.

C. High BBT Chart: A consistently high reading where the pre-ovulatory phase base line begins around 98° F and luteal phase begins at 99° F. This may reflect a high metabolic rate and could possibly indicate hyperactivity of the thyroid gland. Sometimes, peri-menopausal women and POF may be suspected in this pattern. In TCM this generally indicates an internal Heat-Fire condition (especially Heart, Liver, and Kidney Yin deficiency with fire). Women who have a high BBT chart may have anti-sperm antibodies and can also have an endometrial lining that is too thin or dry, and they are predisposed to a lack of cervical mucus production.

D. Unstable BBT Chart: A consistently unsteady reading that varies by more than 0.5° F during the follicular phase or luteal phase. In TCM, this typically indicates Heart and Liver fire or may be due to Kidney or Liver yin deficiency.

E. Follicular phase too short BBT Chart: The follicular phase is consistently too short, less than 9 or 10 days. In TCM, this typically indicates yin deficiency with heat. This pattern results when ovulation is provoked prematurely, which in most instances leads to a shortened menstrual cycle, premenopause, POF, etc.

F. Follicular phase too long with short luteal phase BBT Chart: The follicular phase is consistently too long, more than 14 to 20 days, and the luteal phase is consistently less than 10 days (3 days, 5-6 days, or 8-10 days). In TCM, this typically indicates delayed ovulation due to Kidney yin /jing deficiency and Spleen blood deficiency causing insufficient transfer to Yang Qi that ultimately leads to Kidney Yang Qi deficiency. In this pattern, ovulation is often late, or in severe cases, it is missed altogether. The end-result is usually infertility.

J. Initially high follicular phase: temperature has not dropped during the 1st day of the menstrual cycle, or drops some time during the period or even after the period.

All of the patterns from (G) through (J) indicate Kidney yang deficiency and Spleen Qi deficiency obstruction of transformation of Yang into Yin.